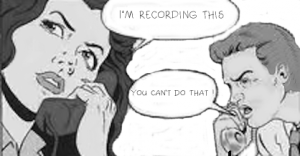 Secretly recording your spouse’s conversation where there is family violence is an issue that has been discussed widely.  When family violence, child abuse and neglect takes place behind closed doors without any witnesses being present, it is very difficult to provide evidence to the family courts when it is illegal to secretly record conversations in some instances.  However, with increasing public awareness and media attention, the difficulties of obtaining evidence behind closed doors is now being recognised by the family courts.

In the New South Wales case of Janssen & Janssen the court noted on the facts before them that, “it is notoriously difficult to obtain evidence of family violence which takes place behind closed doors”.  The court stated that the decision to admit the secret recordings in this case were based on the particular facts of the case and that the father had maintained a charming public face but had engaged in conduct that alleged to have constituted family violence under the Family Law Act 1975 (Cth).

The Independent Children’s Lawyer (ICL) in this case submitted that in secretly recording your spouse’s conversations would also assist in determining the parenting abilities of the primary carer which may have been compromised as a result of the content and tone of the communication of the father.  It is not only what was said in the recordings, but also how it was said.

The Family Court said that evidence from secretly recording your spouse’s conversation in relation to family violence matters will have to be:

Please note that the law in Queensland in relation to privacy and the recording of conversations is different from the law in New South Wales and other states: 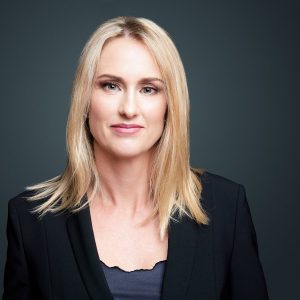 About Our Legal Drafter

Melita has practised almost exclusively in Family Law since she was admitted to practice in 2011. She has also worked in criminal law and as a Legal Aid duty lawyer.

Melita is authorised to engage in practice as a solicitor of the Supreme Court of Queensland and is also admitted as a barrister and solicitor of the High Court of New Zealand. She is a member of the Queensland Law Society (QLS); Family Law Practitioners Association (FLPA); and Women On Boards.

Melita is passionate about family law, more particularly children’s matters. She understands the emotional strain that separation takes on a family, especially the financial burden. Melita focuses on cost effective and expedient resolutions for families.